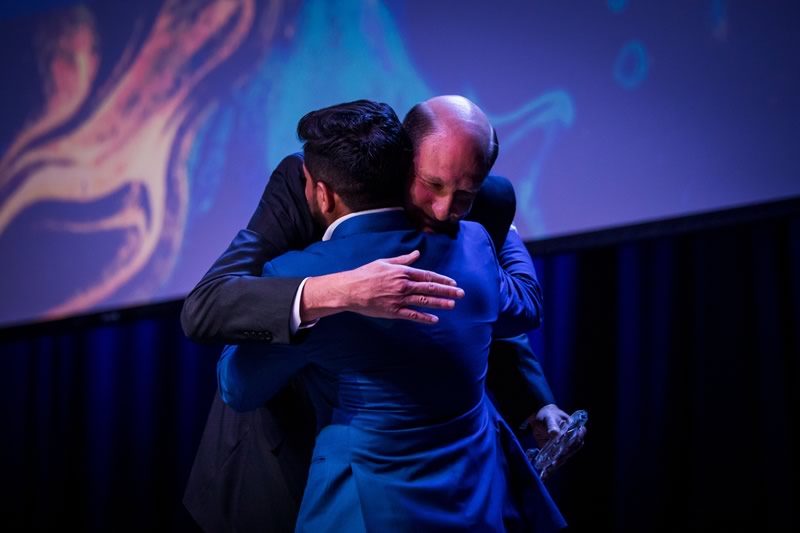 Atlanta Business Chronicle recognizes Atlanta’s Most Admired CEOs, throughout various categories, each year. To be considered for the Most Admired CEO Award, an individual must be an exceptional leader with a strong record of innovation, outstanding financial performance, a commitment to diversity in the workplace and making significant contributions to the metro community –– both of which Wadud and Frady have demonstrated.

In the midst of a pandemic, Wadud and Frady successfully purchased Mountain Express Oil Company. In less than a year, the dynamic duo led the company to record revenues, acquired countless businesses, expanded the company’s presence across the country and implemented leadership positions within the organization to help lead the charge.

While learning how to operate a new company and leading it to success, Wadud and Frady always managed to find the time, funding and availability to make contributions within the community, including a PPE donation of (masks, sanitizer, etc.) to the Alpharetta Police Department.

Atlanta Business Chronicle honored the Most Admired CEO Award recipients Thursday, August 19, at the Coco-Cola Roxy, located in The Battery Atlanta. When asked who the most influential person in his life was, Wadud acknowledged his wife, Habiba Wadud by stating, “The person that I’ve known since I was 13-years-old, my best friend, my role model in life, the CEO behind this CEO, Habiba Wadud. She is the reason I am here”.

Frady contributed his success to always having back-up plan, stating, “I am honored to be chosen as one of Atlanta’s Most Admired CEOs. Purchasing Mountain Express Oil Company has been a lifelong dream of Turjo and I. Though 2020 was an unbelievably difficult year, we never gave up, never stopped and we always had a plan B”.